Can football season impact your relationship?

Yes it can. Football brings thousands of couples together every week during football season for at least 3 hours. If the time is utilized effectively, it can result in some quality time that will feed both of your love languages, resulting in a better marriage. It is all about how you take your partner’s interest in Football. However, if you and your partner have significantly different levels of interest in football, the season can bring you together on a deeper level or create some tension.  Football season can bring out the ugliness in your relationship. With that being said, I’ve been thinking of some similarities between football and marriage. Surprisingly, there are many.

Football fans, what can we take away from football season? This is the best marriage advice I can give. These 21 tips for a happy marriage, will take you to the next level. Thank about the scenarios described in this post. These are not only tips these are christian marriage tips for the sports fanatics.

Why is divorce so common?

How to deal with those annoying coworkers? 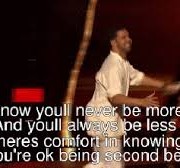 What is a Side Piece!

How to tell your partner you are upset, without causing them to get defensive….

Want to join the discussion?
Feel free to contribute!

Why is divorce so common?