Without knowing or meaning to, there are things we do that fuel our anger!

The Journal of Behavioral Science (2015) launched a report and found…

What is anger? Anger is an emotion caused by feelings of helplessness and the need to control situations, people and consequences. Anger—when expressed in healthy way—you can foster personal growth, improving relationships and changing your life.

How would your life be different if you were to respond to anger in a healthy way?

Why We Need Omega Males, Not Alpha or Beta Males…

10 tips for communicating with aggressive and passive aggressive people

There is such a thing as too much jealousy..

Energy Drainers-They will suck you dry!

Thanks to The Mississippi Gulf Coast and a Word to All Entrepreneurs! 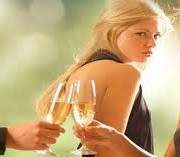 Want to join the discussion?
Feel free to contribute!

How do you feel when others find your partner attractive? The truth is this...